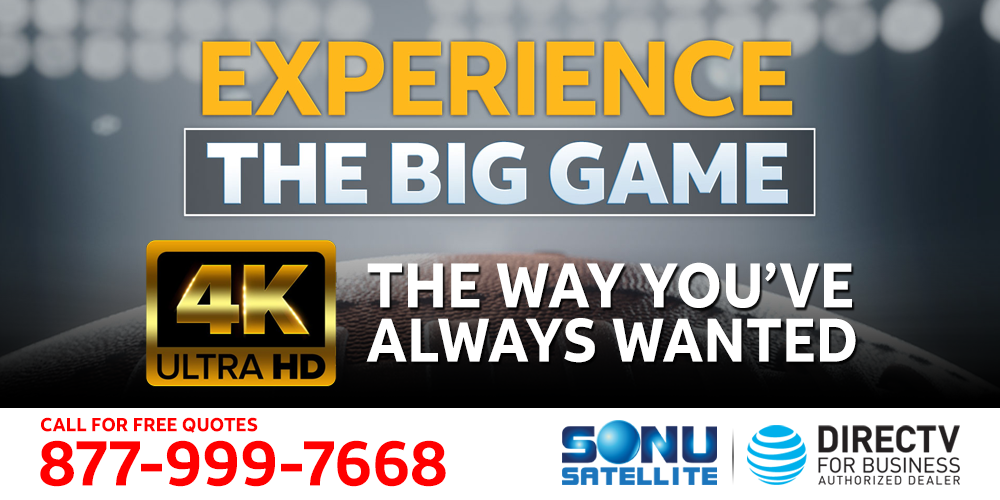 The NFL Super Bowl 2020 will officially be broadcast in Live 4K UHD resolution on DIRECTV for Business! This is indeed a major landmark in entertainment history, as NFL Football fans have been awaiting steady 4K UHD NFL broadcasts since the release of the technology. DIRECTV has been leading the charge in live 4K UHD sports and television shows, and it is only fitting that they will be at the forefront of the first NFL Super Bowl to be broadcast in 4K UHD.

Super Bowl LIV will be taking place on February 2nd, 2020 at Hard Rock Stadium in Miami Gardens, Florida. Kick-off is set to begin the game at approximately 6:30pm EST, and finally determine the victor of the NFL's 100th season. This year's championship will be hosted by none other than Joe Buck and Troy Aikman, and air across all FOX affiliates nationwide in both standard definition and traditional HD. To catch the NFL Super Bowl 2020 broadcast in live 4K UHD, you must be a DIRECTV subscriber and tune to Channel 105. Business owners should keep in mind that the 4K UHD broadcast will only display in full resolution on 4K UHD televisions, but standard 1080p displays will also be able to deliver the upscaled 4K content format. This means that although not all of the TVs at your business may be 4K displays, you will be able to tune them all to the same channel if necessary.

After making the step during the 2019 NFL Season to live broadcast Thursday Night Football in 4K as well, the Super Bowl 2020 event bodes well for more live 4K sports content in 2020. Want to display 4K UHD TV broadcasts at your business, but not a DIRECTV for Business subscriber? Call Sonu Satellite to discuss the television system at your property, and receive a Free Quote for DIRECTV installation and programming packages. Trust in our 22 years of commercial television system experience, and we will deliver breathtaking content to your guests, patients, and patrons. 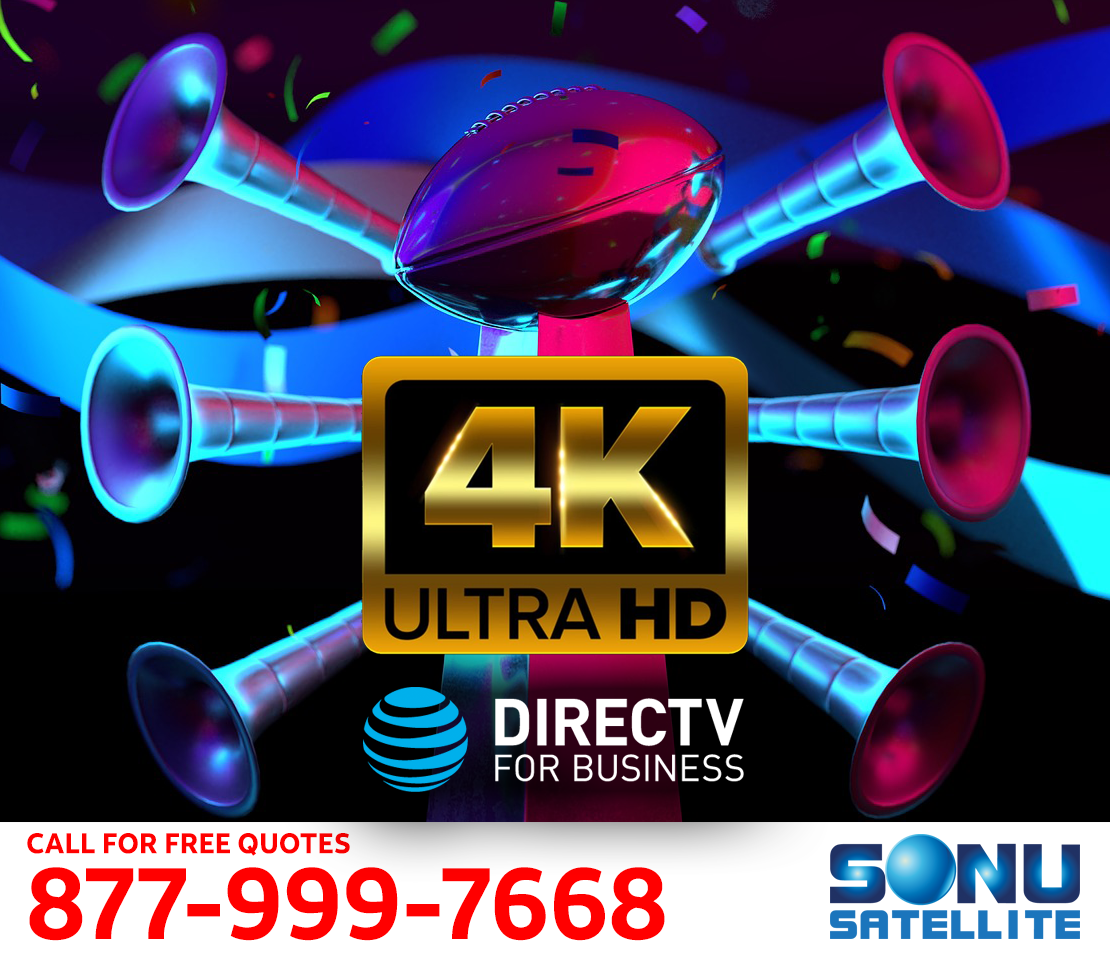