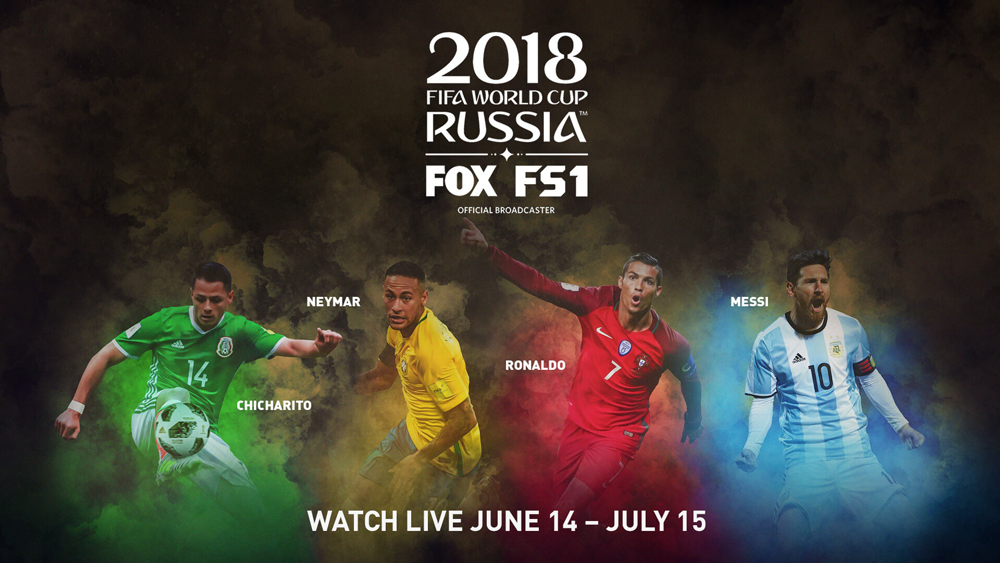 DIRECTV has all of the FIFA World Cup 2018 action in phenomenal 4k HD resolution!

The 4 year wait is finally over today, June 14th, for the most anticipated international sports tournament on the globe. The FIFA World Cup 2018 will be taking place in Russia through July 15th, and it is expected to break records of all kinds. There are many names for the “beautiful sport”, including soccer, football, and fútbol, but the passion and drama never change between goals. Catch every moment of this quadrennial experience on DIRECTV for Business in spectacular 4k HD.

The 2018 FIFA World Cup in Russia has surpassed the 2014 tournament in Brazil by leaps and bounds in many ways. This year’s event has been budgeted at 11.8-14 billion dollars (US), making it the most expensive soccer tournament in history. 32 national teams will play a total of 64 matches in 12 venues across 11 different cities, and only one will be crowned victorious in Moscow on July 15th. The winning national team of the 2018 FIFA World Cup will automatically qualify for the 2021 FIFA Confederations Cup tournament, and bring home the gold trophy to their ecstatic nation. Easily one of the greatest honors in international sports.

The stars of the 2018 FIFA World Cup Tournament are undoubtedly Cristiano Ronaldo, Lionel Messi, and Neymar da Silva Santos Júnior. Messi and Ronaldo have reached the twighlight of their impressive soccer careers, and Russia 2018 could possibly be their last performances in the FIFA World Cup tournament. This prolific pair have met a total of 35 times in professional play, but have never reached a showdown in the FIFA World Cup final. Every international football fan has their fingers crossed for this dream match up in 2018.

Neymar da Silva Santos Júnior is the darling of Brazil’s national team, but his ability to play in the 2018 FIFA World Cup tournament was not certain until recently. Due to a foot injury, Neymar’s performance was questionable at best until a report was released, stating he had made a full recovery for the event in Russia. Brazil fans across the planet are ready to watch him lead their national team toward world fútbol glory.

The 2018 FIFA World Cup in Russia will be available live or On Demand on DIRECTV for Business. Broadcast matches for your guests, customers, and staff on FOX and FS1 (CH 219) starting today, June 14th, through July 15th. Want the FIFA World Cup Tournament in your business? Contact Sonu Satellite to speak with a qualified DIRECTV for Business agent, and we will get all of the epic moments up and running for you as fast as possible!