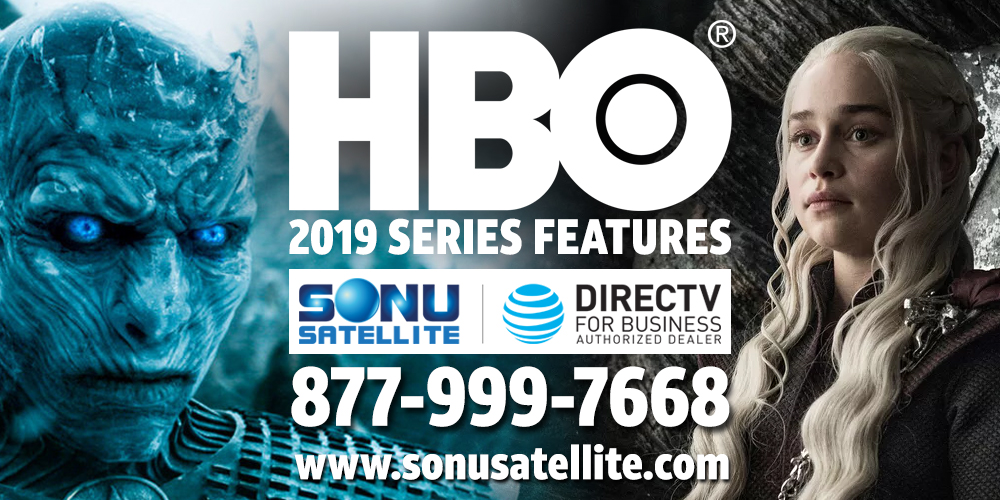 Posted at 21:55h in DIRECTV for Business by Hiten Doshi
0 Likes
Share

HBO is a staple of many successful Hotel and Motel guestroom entertainment TV packages, and it’s no surprise when you see their list of upcoming content. The video below gives a sneak peak into the HBO schedule for both the rest of 2018 and going into 2019. Game of Thrones fans are sure to book their business trips accordingly, as there is a lot of excitement surrounding the release of Season 8. Game of Thrones Season 8 will be the final season of the massively popular fantasy drama series, and will undoubtedly be topping the charts across social media and water cooler conversations across the planet in 2019. Game of Thrones is just one of many brilliant shows and movies coming to HBO in the near future. Let’s take a look at what else your guests can be excited for.

The original HBO documentary series, Jane Fonda in Five Acts, takes a deep dive into the life and work of the successful actress and fitness tycoon. To many, Jane Fonda is simply a driven and talented business woman. She has won two Academy Awards, two BAFTA Awards, four Golden Globes, and has received lifetime achievement awards from both the American Film Institute and the Venice Film Festival. What you may not know about Jane Fonda, is her controversial history as an anti-war activist, civil rights activist, and her fight for Women’s Rights. Learn all about the controversy and triumph surrounding Jane Fonda in Jane Fonda in Five Acts on HBO.

Sports fans will be glued to The Shop, a brand new HBO series featuring LeBron James and Maverick Carter. The Shop offers an unfiltered commentary experience with major celebrities and professional athletes, taking place within the confines of the quintessential American Barbershop. The show promises to deliver real opinions and discussion on sports, pop culture, world events, and more from some of the most influential people alive. Upcoming guests include, Snoop Dogg, Alvin Kamara, Draymond Green, Odell Beckham Jr., Candace Parker, Jon Stewart, and more.

Political enthusiasts nationwide are all tuned-in to the digital world of podcasts, and Pod Save America is in all of their top 10. The smash hit political podcast is now making the jump from streaming audio to HBO. The Pod Save America panel of hosts include President Barack Obama’s former staff members, Jon Favreau, Dan Pfeiffer, and Tommy Vietor — alongside Jon Lovett, who wrote and produced for HBO’s The Newsroom. The series of specials joins 2 Dope Queens as the second podcast feature on HBO, and will be airing hour-long specials starting October 2018.

Camping is a brand new HBO series, starring Jennifer Garner and David Tennant. The show follows Garner and Tennant as an unhappily married couple looking to celebrate one husband’s 45th birthday in the great outdoors. Unfortunately, it seems fate and nature have other plans. This seemingly simple birthday getaway turns sour by way of everything but the kitchen sink. Follow characters Kathryn and Walt on their journey through this test of human bonds.

New seasons of critically acclaimed HBO series titles are also on deck, including Big Little Lies, True Detective, Veep, Room 104, Barry, and of course Game of Thrones. The hits just keep on coming with HBO. Sonu Satellite is currently running limited-time promotions on DIRECTV for Business, and you could qualify to receive three months of HBO premium channels at no extra cost! Contact us for information on activating HBO in your business, and ask about how your property may also qualify for free DIRECTV HD Equipment.