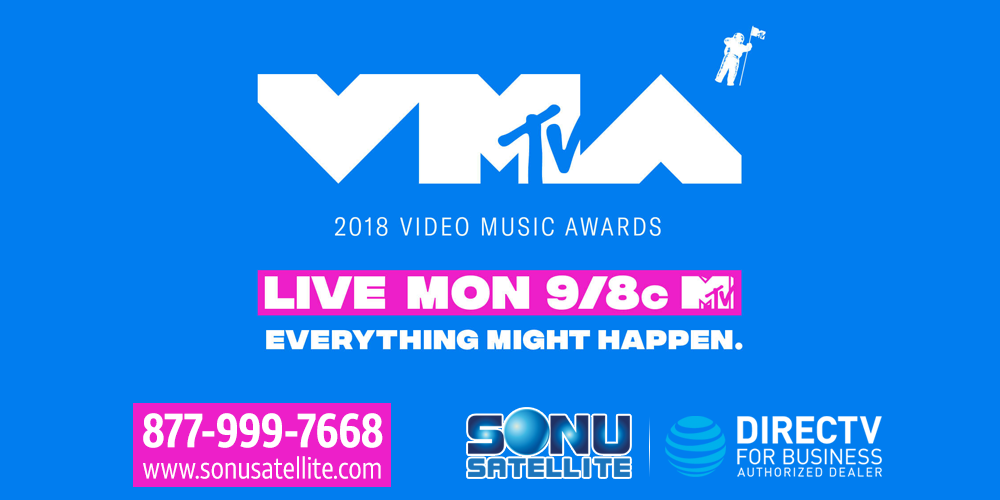 Posted at 18:19h in DIRECTV for Business by Hiten Doshi
0 Likes
Share

Since 1984, the MTV Video Music Awards have been a massive staple in television programming special events. Live mega-artist performances, celebrity appearances, and wild antics are sure to ensue every single year, and take over the global social media buzz. The 2018 MTV VMAs will be airing on DIRECTV for Business, Monday, August 20th at 9:00PM EST. This year’s event is taking place at the historical Radio City Music Hall in New York.

If one word could be used to describe the MTV Video Music Awards, “surprise” would definitely be amongst the most popular selections. The hosts for this year’s ceremony have still yet to be announced, but we are absolutely sure they have been carefull selected for both influence and shock factor. The VMAs start off with an extremely ambitious pre-show performance schedule, featuring the Backstreet Boys, Bazzi and Bryce Vine. Of course, this is also in addition to the wild red carpet interviews that never cease to produce unscripted hi-jinx of all shapes and sizes.

Following the pre-show is the official MTV VMAs main event! Live performances have been confirmed from Nicki Minaj, Logic, Shawn Mendes, Ariana Grande, Post Malone, Ryan Tedder, Travis Scott, and Panic! At The Disco. This year will also feature the VMAs PUSH Artist Stage, featuring some of MTV’s current new talents. Performances on the PUSH stage will include Bazzi, PrettyMuch, Jessie Reyez, Juice WRLD, and Hayley Kiyoko. The 2018 VMA nominations list looks to be the year of Cardi B, who is going into this year’s ceremony with 10 mentions. Beyonce and Jay-Z follow up with an incredible 8 nominations, and both Childish Gambino and Drake take the third most with 7 nominations a piece. A list of the most anticipated MTV VMA nominations can be found below.

The 2018 MTV Video Vanguard star this year, is none other than Jennifer Lopez. The Michael Jackson Video Vanguard Award will be presented to her, and she will be showcasing some of her most popular music and performances throughout her illustrious career. Tune in with your guests and staff to enjoy all the crazy MTV VMA happenings.