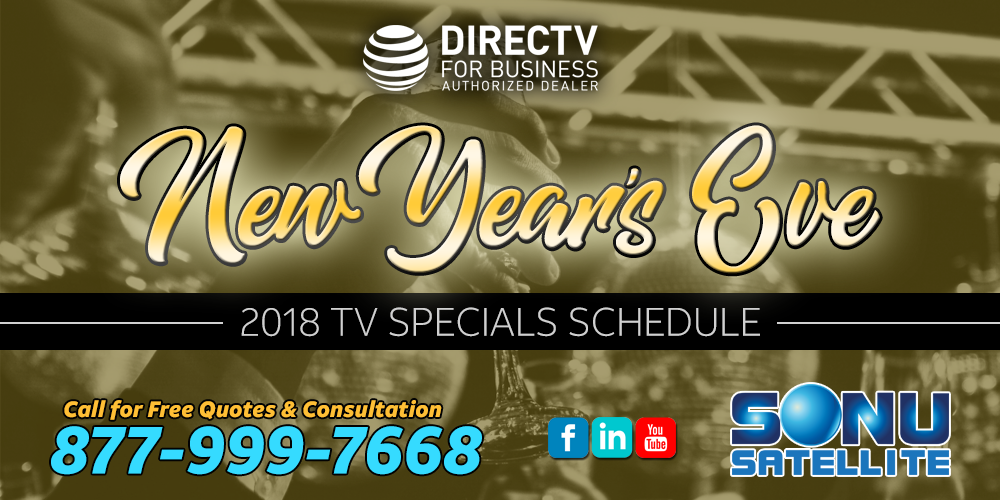 Posted at 20:19h in DIRECTV for Business by Hiten Doshi
0 Likes
Share

New Year’s Eve 2018 is in full effect on DIRECTV! Watch the ball drop in Time Square from your hotel, motel, bar, restaurant, office building, or home, and catch all of this year’s biggest performances. We suggest tuning in to one or all of the big three New Year’s Eve specials on ABC, NBC, and FOX. Together you will find the most exciting and noteworthy events happening on “Dick Clark’s Rockin’ New Year’s Eve”, “NBC’s New Year’s Eve”, and “Count Down to 2019”. Get your champagne and noisemakers ready, because America is ready to party! 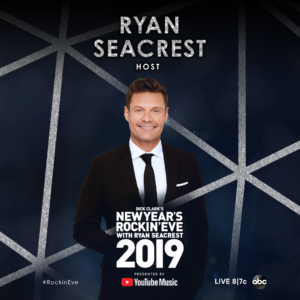 Dick Clark’s New Year’s Rockin’ Eve is absolutely a staple of American culture, and Ryan Seacrest returns as our master of ceremonies for 2018. This celebration will be Seacrest’s 13th year at the helm originated by none other than Dick Clark himself, and the party only continues to get bigger. Dick Clark’s New Year’s Rockin’ Eve was voted the most popular music special of 2017, so everyone is waiting to see how they intend to raise the bar!

Jenny McCarthy Wahlberg joins Seacrest as our live reporter on-site, and will be showing us exactly how it feels to be down on the street in New York. Christina Aguilera will be taking the reigns as our 2018 headlining performer, and she has a wild list of musical artists to follow up! Featured live New Year’s Eve 2019 performances also include Post Malone, Florida Georgia Line, Maren Morris, Ella Mai, The Chainsmokers, Lauren Alaina, Bazzi, Kane Brown, Camila Cabello, Ciara, Halsey, Shawn Mendes, Charlie Puth, Dua Lipa, Macklemore, Kelsea Ballerini and Foster the People. This year’s show will begin airing live from Time Square in New York City at 8:00PM EST. 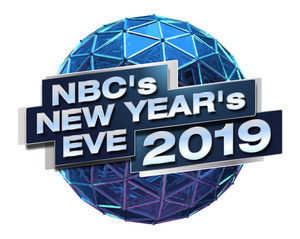 After a brief hiatus in 2017, NBC’s New Year’s Eve celebration is back for a star-studded 2018 event. Carson Daly will be joined by Chrissy Teigen and Leslie Jones live in New York’s Time Square for all of the action, and Keith Urban joins the team from Nashville, Tennessee for the Jack Daniel’s Music City Midnight: New Year’s Eve in Bicentennial State Park. The NBC New Year’s Eve 2019 performance lineup includes Jennifer Lopez, Keith Urban, Bebe Rexha, Diana Ross, Kelly Clarkson, Andy Grammer, Brett Young, John Legend, and Blake Shelton. The party starts on NBC from 10:00PM-11:00PM, and resumes from 11:30PM-12:30AM after a short break for local news.

Steve Harvey is joined by Maria Menounos live in Time Square for “Count Down to 2019” on FOX! Harvey is returning as the host of FOX’s year-end extravaganza after a massive event in 2017, and the network will be trying to top their previous viewership of over 8.5 million people. Steve and Maria will need an outstanding group of musicians to make a proper run at it against the other great New Year’s Eve specials on this list. FOX has carefully selected a one-of-a-kind lineup of performances, including Sting, Robin Thicke, Florence and the Machine, Jason Aldean, and Why Don’t We to ring in 2019 live in New York! The live party starts from 8:00PM-10:00PM EST, and resumes from 11:30PM-12:30PM EST to watch the ball drop in Times Square.